My business is with Isengard….with the rock and stone.

My business is with the rock and stone as well. Except I’m not going to be flinging any stones at Orthanc. I’ll be setting them.

Apologies to you non Lord of the Rings people out there.It’s just something I thought of after finishing up over at the house. Been laying bluestone for most of the day. Trying to get my walkway paths done before the Hobbit Hollow open house on May 19th. I’ve got a lot to do and laying bluestone is a bit time consuming.

Welcome again friends of old and strangers from distant lands!

I think we’re experiencing the coldest spring on record here in the northeast. Pretty miserable. It is supposed to warm up this week though. Or thank God is more like it. The prediction is 80’s. That would be nice.

I’ve been working like a demon as of late. Or should I say like a demon of the ancient world. ( A reference to Morgoth’s Balrogs in case you were wondering) Anyway I’m gonna keep this short and sweet….I think….Just a rundown of what’s going on over at the house. As I’ve said we got the ball rolling on the bluestone and with the help of Travis and his friend Matt we got quite a bit done. Check it out. 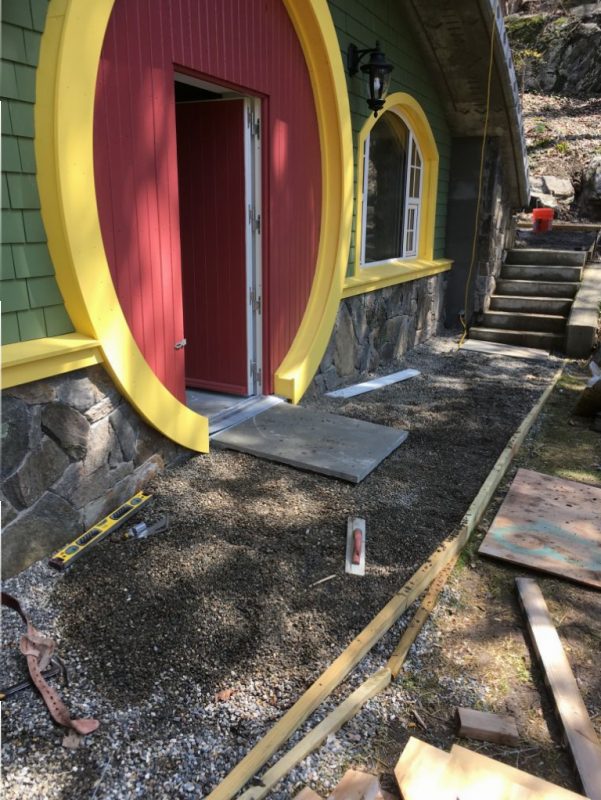 So the idea here was to make the entrance wheelchair accessible so my nephew Luke could get inside. I also didn’t want to make the stone level which would have made the installation easier. I wanted rainwater to run off the stone so I pitched it away from the house at a quarter inch per foot more or less.

It’s a slow process because each stone varies in thickness. You have to in a sense custom fit each one. 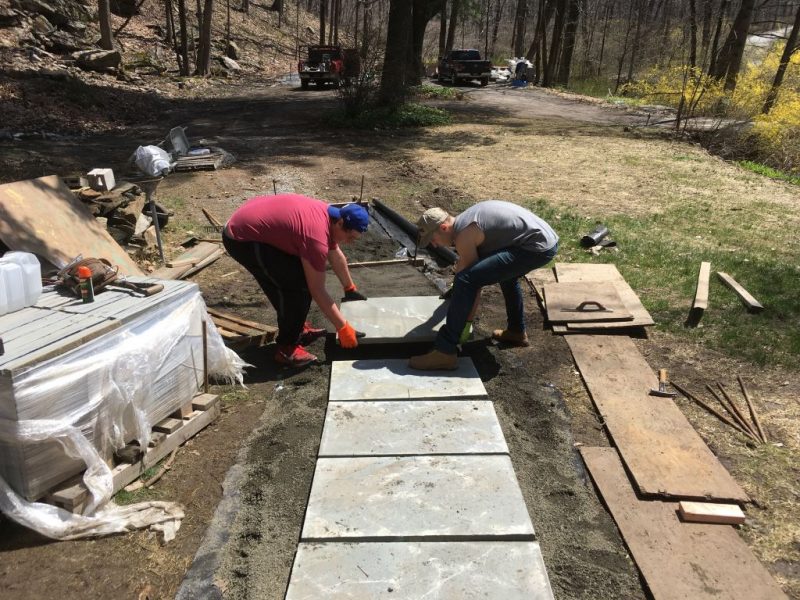 These are 2′ by 3′ stones. The 2 inch thick ones were heavy. I did a little extra on Sunday.

I also trimmed out a door to kind of give the house a finished feel to it. 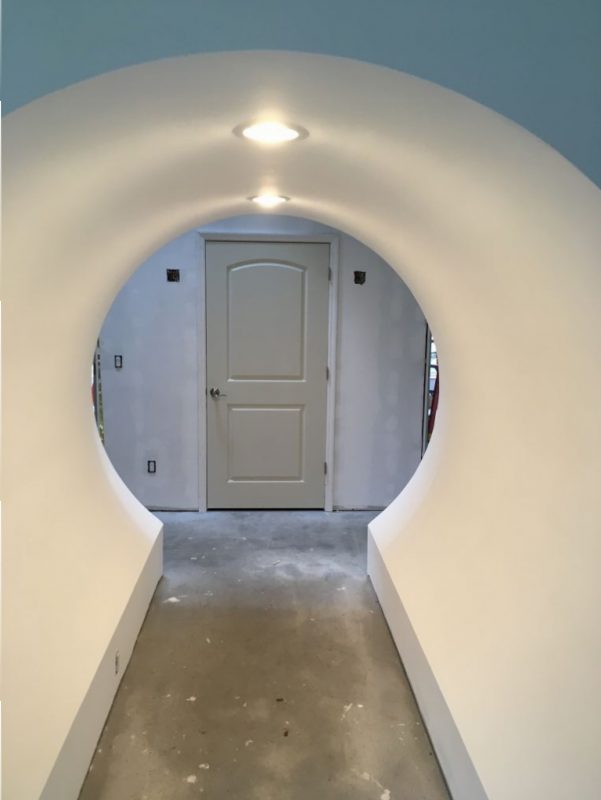 The stonemason got started on the chimney. It should be completed this week if all goes according to plan.

The fence guy also installed the cable rail on the roof where the patio is going. It came out really nice but I forgot to take a picture of it.

I also framed out the wall in the mechanical room and sheathed it with plywood. Not sure if I’m going to have to sheetrock this for the building inspector. The electrical inspector said I have to cover the area up….which I was going to do anyway. Makes things nice and neat. Probably going to paint it white for looks.

It’s a real spaghetti western back there.

I was going to put in a note about Salvator Dali. Dali was  a painter who lived around Picasso’s time. We saw some of Dali’s work while we were in Spain. He really wasn’t a painter he was just sick. I had an animated discussion about Dali with Jude and Terence. Well I got  a little animated. Put it to you this way. Salvatore Dali would not be allowed into the Hobbit house even if he offered  all the money in the world.

Don’t know why I put that in here.

Hope you all have a nice week.

2 thoughts on “Salvador Dali…..He’s Not Allowed In”