“Houston we have a problem.”

Okay, I didn’t really say that but the point is we are really drifting here people. This was supposed to be a construction blog about building a Hobbit House and I don’t think we’ve done anything since Thanksgiving! Well… maybe a little bit since Turkey day but not a whole hell of a lot.

Well, I had a really good excuse these last two weekends being my wife and I spent a week in the sunny Caribbean on the sunny island of Antigua. (Celebrating our 25th anniversary.) A most excellent week if I do say so myself. I don’t want to bore you with a bunch of family photos, I promise, but I thought it might be interesting to show you something that I found interesting that was a bit off the beaten path. So here we go.

The place that we were staying at was on the West coast of the island and as you approach off the main road there was this old structure on top of a small hill. I love looking at old things so one day I told my wife I was going to go and see if I could get to the top of the hill and check this structure out. It really wasn’t too easy to get up there. The road to get to the top was completely overgrown and I really could have used a machete to cut my way through most of the way but eventually I did get to the top.

Turns out this was an old sugar mill from days of old. Like old as in late 1700’s old. Here is a picture of the structure as you approach the hill.

So the history is really the dark side of the Caribbean. The slave trade. I’m not going to get into it here but the slave trade in the Caribbean was way bigger than what went on in the States. Millions of slaves were brought to these islands to work harvesting and processing sugar cane. The demand for sugar in Europe apparently was huge, especially in the late 1700’s. Anyway these mills were used to crush the cane. Check out some of these pictures.

The mill was in effect a Dutch invention. The windmill. Initially the plantations used oxen, then cattle or horses to turn the the machine used to crush the sugar cane so they could get the juices from it. The animals didn’t last and so they began using the power of the wind to do the work. I think I read that there were over two hundred sugar mills on Antigua alone. Unbelievable. This was big business at the time. If you get a chance try reading something about the slave trade and the sugar mills (Or the story of the ship the Zong). It’s an eye opener. Very disturbing. A few more pictures.

This picture gives you a better perspective on how thick the walls are. At least four feet thick. 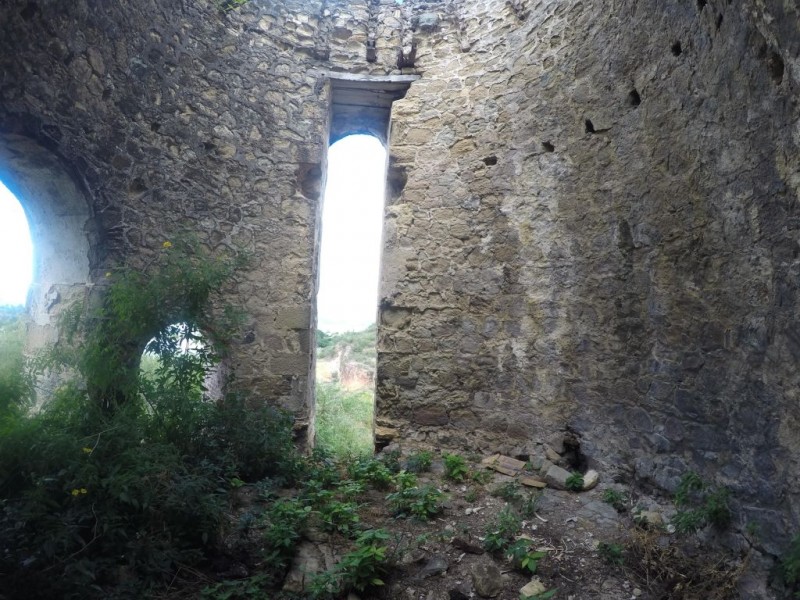 I forgot to kind of get rough measurements of the diameter of the tower but it was at least 20 feet across.  Sorry about that. Anyway, another kind of cool thing about the site is that they built a pretty extensive retaining wall system to level out the top of the hill. It’s all still intact and in pretty good condition. It’s covered up so I didn’t notice it on my way up the hill. These structures weren’t built in a day.  A lot of effort went into these things and they will be standing here a long time.

I guess everyone now is going to start calling me Hobbit Hollow Jim the Historian. Oh well.

While we’re still on the History Channel another interesting site on Antigua is Nelsons Dockyard. It was a protected harbor used by the British to store and repair their fleet. It was called something like the British sailor’s graveyard. Or something like that because over 40,000 British sailors died from various diseases here. Including many from yellow fever. Admiral Nelson never left his ship it was said because it was so awful.

If you travel up to a place called Shirley Heights you can get sort of a bird’s eye view of the harbor.

Someday I’m gonna finish a Hobbit house! I gotta try to regain my focus. I have a few stories to tell but we’ll save them for another day. Just one more island picture for the record though.

Hopefully I’ll get to tell you about the directions I got from the lady at the car rental place when we arrived on the island. Put it to you this way. There are no road signs in Antigua. Oh yeah, and I had an interesting dive adventure one day.

PS: And I completely forgot to tell you about how “The Queen” did taking care of our son while we were away. Put it to you this way….I need to have another oil delivery Monday. Enough said.