Long time no see people. Sorry about missing the last two weeks. I was away in the sunny land of Spain visiting my darling daughter Georgia. We left on a Friday and returned on a Monday. I was thinking at the time of our leaving that I was going to be able to post something before leaving. Clearly that didn’t happen. I guess I’m a perpetual optimist. Don’t know if that’s a good or a bad thing. I guess it’s more of a mixed bag if you will. Let’s get going Jim times a wasting…..

Welcome friends of old to the everlasting saga we call the Hobbit Hollow Construction Blog. Yeah. We’re still working on the Hobbit house it’s true. Looks like I’m going to have to turn into an Immortal Elf the way things are going. It certainly has been a long time people. A very long time. Progress continues.

So I guess you were wondering about the title. As I was saying went to visit Georgia over in Spain. I don’t want to bore you too much but we visited a little town called Segovia. Turns out the Romans visited Segovia as well like 2000 years ago and decided to build an aqueduct there. Yes people. It’s still there.Not only is it still there but if you’re into how to build things and know a bit about building things I would have to call this one of the wonders of the world. The aqueduct is about 800 meters long and at its  high point is about 92 feet tall. The Aqueduct brought water from the mountains 13 kilometers away to the Roman fortress/city on a hill in Segovia. The water traveled mostly underground from the mountains via a tunnel system until the end where it needed to span the valley where the city was. How did they build it?……None now live who remember. 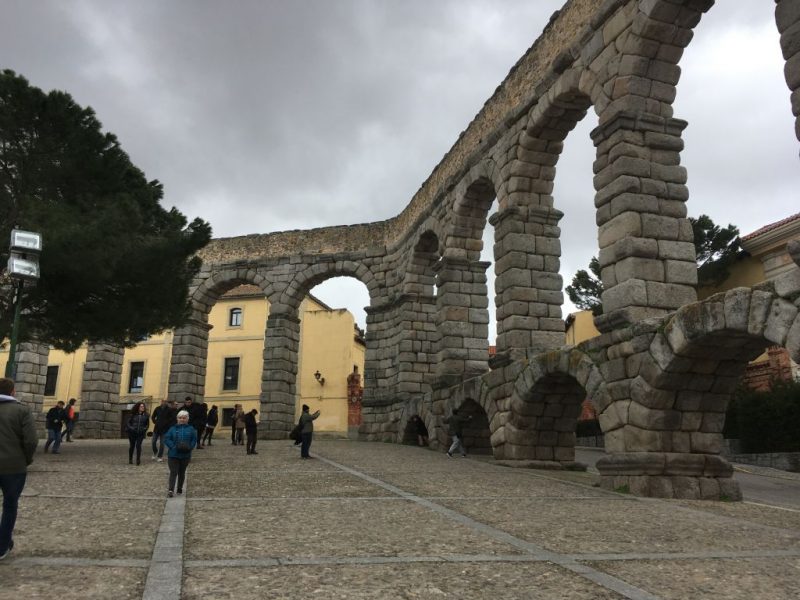 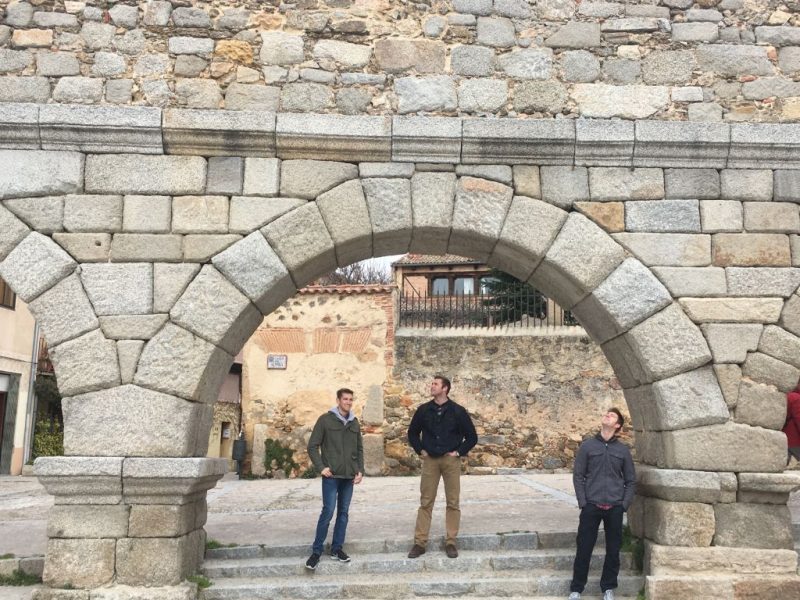 Pretty unbelievable that something like this could still be standing almost 2000 years later. These are mortarless joints as well. This reminds me of the saying “Rome wasn’t built in a day.” It certainly wasn’t.

This structure brought fresh water to the Roman fortress on the hill. Inside the walled portion of the city is a beautiful cathedral and a castle that is right out of the movies.

If you get a chance to go to Spain. Spend a day or two visiting Segovia. You will not be disappointed.

Had the unfortunate experience of having to take my Mother-in-law out for brunch Sunday. Ever go out to eat with someone who orders something that isn’t even on the menu?  And then actually demands she be served it! Well, that happened this Sunday.

Server: Sorry.That’s not being served.

Server: Well I can ask if they’ll put that together but that will definitely be quite a  bit extra cause we don’t serve that.

The server now looks at me and I can see what’s in the bubble over his head. It cannot be uttered here though. We nodded at each other and later on the steak and eggs came out.

Hey Jim did anybody tell you that you’re supposed to be talking about building a Hobbit house?

Hmmmm. Yeah kinda forgot about that.

Work proceeds as it has. I started hooking up the hot water heater the other day. Very cool little unit. It’s a hot water on demand unit from Germany. It uses (3) 40amp double pole breakers to heat the water. Not sure if that means anything to anyone but that’s a lot of electric.

I also installed the interior doors. While I was away I also had a painter prime the inside of the house and paint the trim on the outside of the house. I also finished the siding on the north side. Check it out.

It took me way longer than I thought to finish this. Over the windows was brutal.

On another note the mason started the finish on the skylights. He poured concrete around the bottom and installed wire mesh around the corners to help stabilize the corners. It was a lot of work.

I also prepped the chimney area for the mason as well. I had to extend a bunch of pipe and wire a couple of electrical boxes that I need him to install into the brickwork.

I talked to Scott the mason about tapering the brick at the bottom to make it look a little interesting. I think he got what I want. I’m hoping that in another week and a half the work on the roof will be done.

There’s a long list of little odds and ends that have to be done now. Quite long. I’m back working in Manhattan again so my struggle continues. My hope is to have the house ready to show by the end of May beginning of June. I won’t be finished but I think it will be presentable.

Anybody have any idea when Spring is supposed to get here???? It’s freezing outside!!!!

5 thoughts on “All That Once Was is Lost…….For None Now Live Who Remember It”